So I finally got to see Power of the Daleks in the theatre in Waterloo today. It’s an animated Recreation of the original story . since I have to work on a very tight budget animation is not up to the standards We are used to today. but it’s also very appropriate has there trying to recreate the feeling of the Lost episodes from the 1970. the characters of believable as you can see the look…well…human. 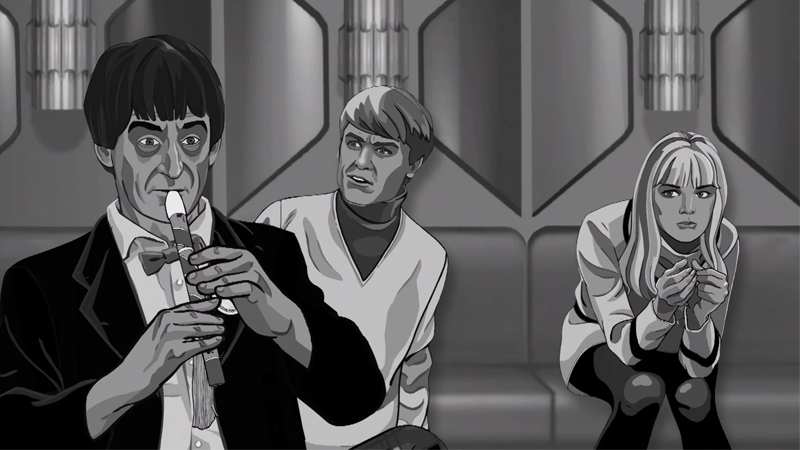 Inferior beings in their natural states: Polly pouting, Ben glaring, and the Doc-tor looking dumb. Keeping an eye on him…And you can tell who they are. Even the Time Lord looks as presentable as he ever does. 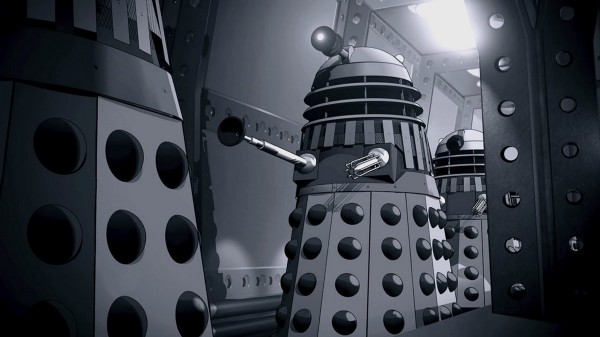 I AM A MODEL! I DO MY LITTLE TURN ON THE CATWALK! ON. THE. CATWALK!After the showing in the theatre, yes I saw it in a theatre. There were about 20 humans there watching too, too bad there weren’t more. They didn’t see through my disguise.

Anyways, when I saw it in the theatre there was a little documentary afterwards about the making of the episode. So do not leave early! They explained that they only have some of the scenes in any visual form, so they had a lot of leeway. This was especially true in the Dalek scenes, they probably were able to be more ambitious than the original. 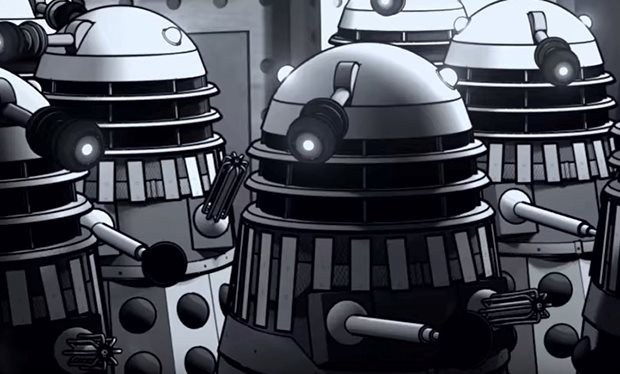 I mean just look at them. They’re glorious.So it is worth seeing. It is interesting to watch the same Doctor and tricks from so long ago. Still fooling us. But it is also strange to see deep tension and horror they allowed in these showed. The murder. The silence. There is no soaring music to get us through the tension. I see how it could burn itself into a national consciousness. Sometimes, burning is useful.

I advise you to see it. I am saving up little gems like this to get through the long winter which is this year without Who. I am also slowly providing myself sustenance with the Class episodes. So far. So adequate.

Eagerly awaiting the return of the oncoming storm next year.

PREVIOUSAn Eyestalk-view of Toronto FanexpoCan 2016
NEXTCan we talk about how awesome Star Trek Discovery is?
Search