So the quarter finals are over, and our post game analysis turned out mostly right. After the final result we have Kernel Kira Nerice, Chief Miles O’Brien, Commander Data and Garek as our contenders for the next round of scowling. Garek’s knowing now trounced Janeway’s smirk but didn’t quite match numerically Data’s subtle head tilt at you. We’ll see how they do in the next round against the winners of the other two polls, maybe Kira’s scowl had split of votes with Tuvok’s eyebrow raise combined now will defeat Data. Maybe O’Brien’s powerful guffaw of dismissal can over come Garek now that the Doctor’s venerable furled brow is out of his way.

The masses will decide! After all, democracy is always right.

For the data nerds here is the fully tallys for you: 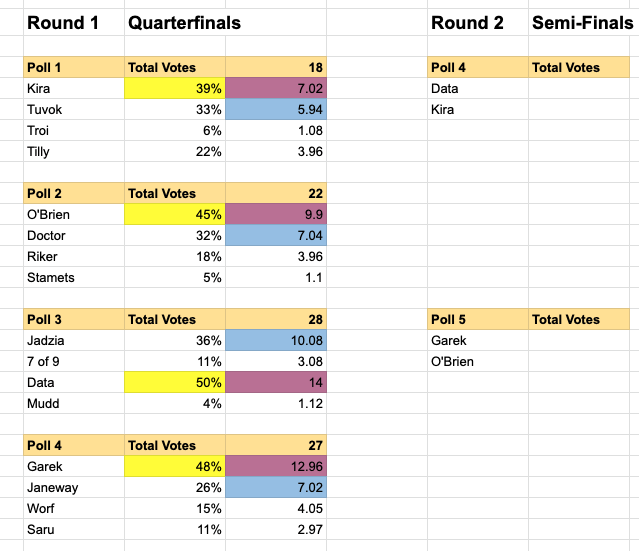